Our gallery has been updated with posters, production stills, Blu-Ray quality screen captures and much more of “Avengers: Age of Ultron”, “I Saw the Light” and “Captain America: Civil War”. The first production stills from Lizzie’s upcoming movies “Ingrid Goes West” and “Wind River” have also been added to our gallery. 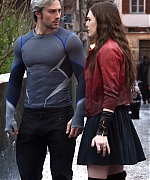 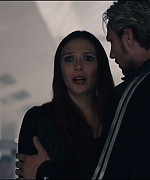 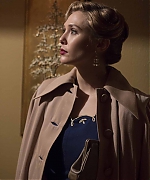 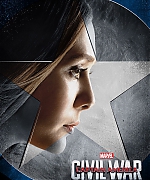 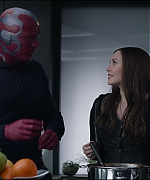 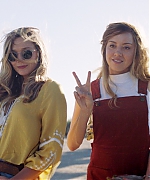 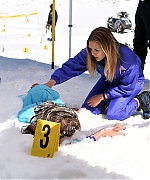 During a Meet the Filmmakers event at the Regent Street Apple Store in London Wednesday, Elizabeth Olsen was asked if she will reprise her Avengers: Age of Ultron role of Wanda Maximoff/Scarlet Witch in the Marvel Studios movie.

“I guess I’m allowed to talk about that now,” the actress said.

Olsen didn’t divulge further details, other than that she’ll film her scenes in Atlanta in two weeks. Marvel Studios has yet to officially confirm Olsen’s involvement.

The actress did, however, dish on what it was like to film Avengers: Age of Ultron. “This character means a lot to me and I got to work with yet another of the best actors in the world,” Olsen, 26, raved. “My character has a very creative way of moving, like dancers. We choreographed to make it really dynamic.”

Joined by director Joss Whedon, she teased, “Joss introduced these characters where their powers could literally change the direction of the film.”

It was in Captain America: The Winter Soldier’s post-credits scene that Olsen made her debut in the Marvel Universe (along with Aaron Taylor-Johnson, who plays her twin brother Pietro Maximoff/Quicksilver). Olsen and Taylor-Johnson’s characters will get more screen time in Avengers: Age of Ultron, in theaters May 1.