Scans from the June issue of Total film have been added to our gallery thanks to Claudia, who is the webmaster of Incredibly Downey Jr. 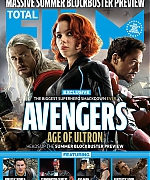 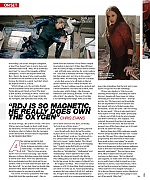 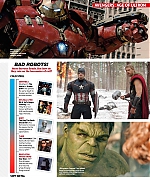 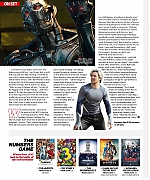 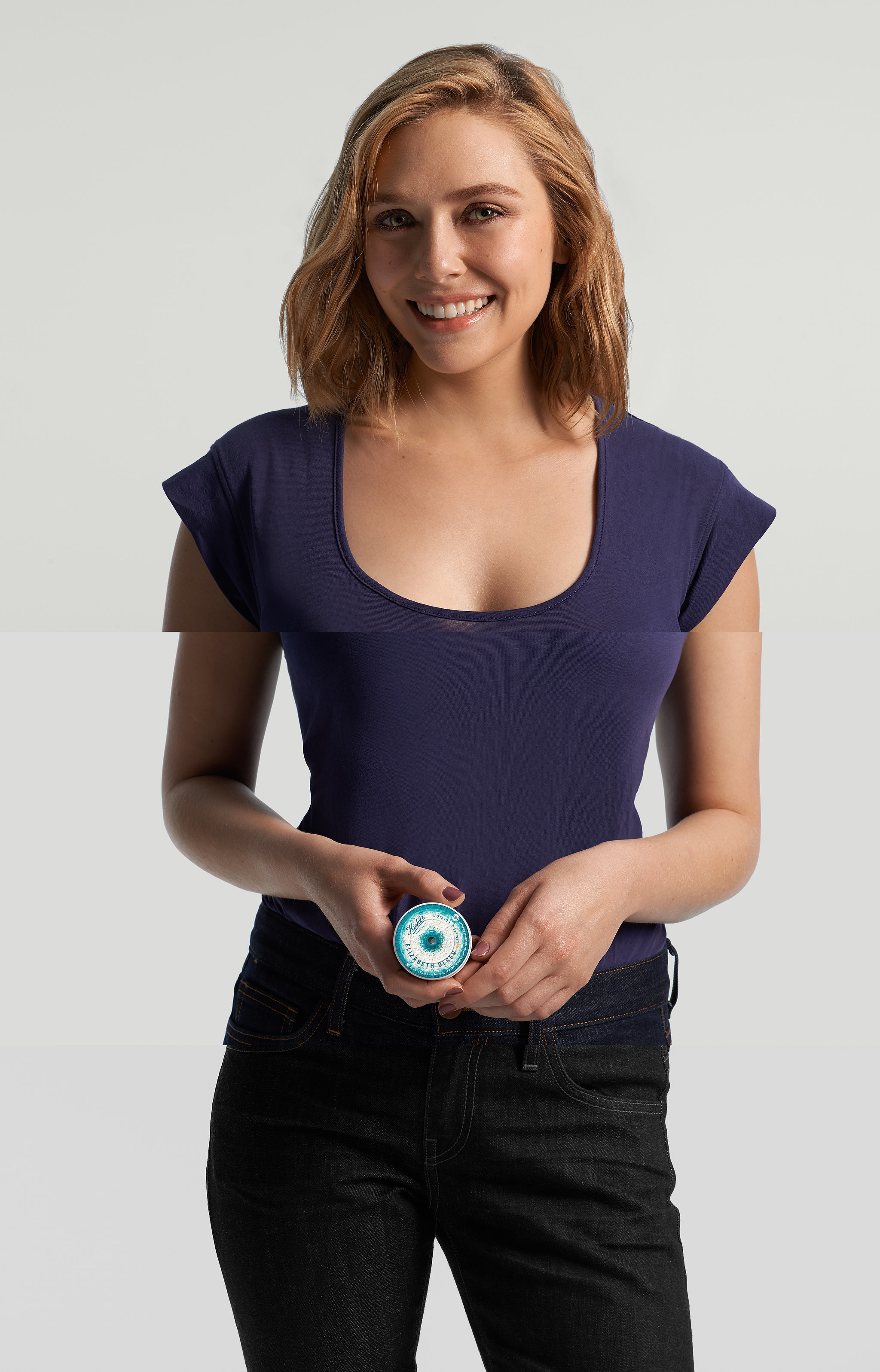 It’s said that you haven’t made it as a star until you have a beauty campaign, which is why it’s such a big deal every time a new A-lister signs on to be the face of a brand.

This is the case with celebrity, Eliizabeth Olsen and Kiehl’s as she has been chosen to be the face of this unique brand.

Every Earth Month, Kiehl’s solicits celebrity fans to redesign product packaging for a good cause.

One-hundred percent of the net profits for each limited-edition cream will go to Recycle Across America, an organization that creates easy environmental solutions in the US.

The charitable eye creams are double the size of the classic formula and will sell for $47 this April.

She’s one of Hollywood’s hottest up and coming leading ladies, but Elizabeth Olsen has been told she’s too young to star in romantic comedies. The 25-year-old just finished up starring in Godzilla, one of the year’s biggest hits at the box-office taking over $524million globally. But unfortunately she has revealed that she’s unable to land a leading role in a romantic comedy because she looks too young.

‘I love comedies and I love romantic comedies -I love bad ones,’ she said in an interview promoting the upcoming DVD release of Godzilla.

‘I have looked for them, and I’ve been talking to the right people.’The hard thing for me is that I look either my age or younger and I think right now the roles are for late twenties, early thirties for these really great comedies.’So I’m not there yet. It’s hard for me to play opposite men in their mid-to-late thirties.

‘It just looks wrong, I guess. But I’ll grow up one day.’ The younger sister of famous twins Ashley and Mary-Kate Olsen, the fashion forward beauty worked her way up through the indie film ranks before landing several major blockbusters. She’s set to play Marvel comic book heroine Scarlet Witch in The Avengers 2 with Robert Downy Jr and Chris Hemsworth, which is released next year.She’ll also stars alongside Aaron Taylor-Johnson in the superhero flick as his twin sister, which is quite the twist from playing his wife in Godzilla. From lovers to siblings, Olsen said it was surprisingly not weird at all.

‘We only did a few scenes together for this film (Godzilla), but we spent time together in Vancouver and I got to know his family,’ she said, with the actor having two children to director Sam Taylor-Wood who is 23-years his senior. ‘And to play really tight twin brother and sister, I felt really lucky that it’s not with some guy I just met or something. ‘I think we both like the fact that we have this other film in our repertoire or something.’

In a new interview in the just-published issue of Total Film, Avengers: Age of Ultron stars Aaron Taylor-Johnson and Elizabeth Olsen discussed their roles in the upcoming Marvel mega-sequel, touching on their characters’ personalities and Scarlet Witch’s powers.

The story also featured photos of the characters — marking what seems to be the first photographs of Quicksilver and Scarlet Witch to be released, or at least approved, by Marvel Studios (previous shots have come into the public, but they were taken by photojournalists and paparazzi on the set of the movie)

“I just love Scarlet Witch,” Olsen said. “She is a messed up lady. She can tell you where an object has been, she can tell you what your future is, she can connect with the dead and people from other universes and she’s the only person in this universe who’s capable of doing that.”

“His sister really is his guidance,” Aaron Taylor-Johnson said of the Marvel Cinematic Universe’s version of Quicksilver. “He’s very over protective of her physically, but emotionally she’s the one who looks after him.”

Of course, moviegoers saw the pair in Captain America: The Winter Soldier, prisoners of Baron von Strucker. The pair will, indeed, be found there at some point in this movie, rescued and recruited apparently.

Meanwhile, 20th Century Fox will soon have the second X-Men film to feature Taylor-Johnson’s Kick-Ass co-star Evan Peters in 2016 — or at least that’s the popular theory; no cast members have officially been announced as yet. Producers have, however, said that the film will be set in the 1980s and center primarily around the X-Men: First Class cast members. It is said to have room for both cameo appearances by the original X-Men trilogy cast and also to introduce new characters assumed to be younger versions of some of those characters. Whether Scarlet Witch will be involved or not is not yet clear.

Samuel Jackson, who will reprise his role as “Nick Fury” in the upcoming sequel to the colossally successful adventure film, confirmed the news in an interview with The Wall Street Journal.

Jackson revealed that Olsen, the younger sister of twin actresses Mary-Kate and Ashley, will play “Wanda Maximoff/Scarlet Witch,” who has the ability to manipulate probability.

“… We added Ms. Olsen, but I don’t know what she’s doing, if she’s on the inside or the outside. I haven’t seen a script.” Jackson said.

Production on The Avengers: Age of Ultron, which is slated for a 2015 release, is set to begin in March 2014.