Latest Images
Who is Elizabeth?

Elizabeth Chase Olsen (born February 16, 1989) is an American actress. Born in Sherman Oaks, California, Olsen began acting at age four. She starred in her debut film role in the thriller Martha Marcy May Marlene in 2011, for which she was acclaimed and nominated for a Criticsâ Choice Movie Award among other accolades, followed by a role in the horror film Silent House. Olsen received a BAFTA Rising Star Award nomination and graduated from New York University two years later.

Olsen gained worldwide recognition for her portrayal of Wanda Maximoff / Scarlet Witch in the Marvel Cinematic Universe media franchise, appearing in the superhero films Avengers: Age of Ultron (2015), Captain America: Civil War (2016), Avengers: Infinity War (2018), and Avengers: Endgame (2019), as well as the miniseries WandaVision (2021). Her performance in WandaVision garnered her nominations for a Primetime Emmy Award and a Golden Globe Award. Outside of her work as Scarlet Witch, she continued starring in films, including the 2014 monster film Godzilla, the 2017 mystery film Wind River, and the 2017 dramedy Ingrid Goes West. She executive produced and starred in the drama series Sorry for Your Loss (2018â2019), earning a Criticsâ Choice Television Award nomination for her role as a widow.


GIF of the Moment 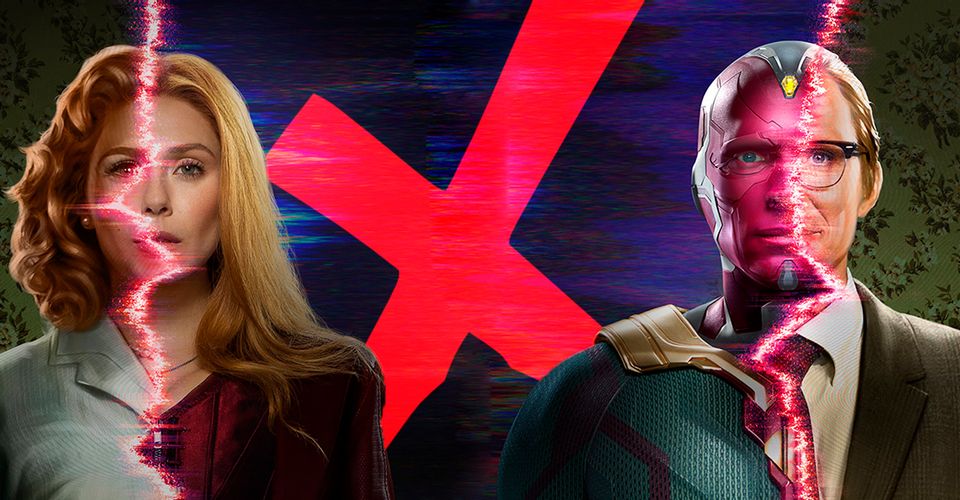 Speaking to SFX Magazine, Diab talked about his hopes that the upcoming MCU series Moon Knight would have a greater longevity than some other MCU series. In the process, he confirmed that WandaVision, the first MCU series developed for Disney’s streaming service, would not be returning for another season. “Itâs like a crazy world,” Diab said. “Even with the successful shows, like WandaVision, theyâre not doing season two. She jumped into a film, maybe sheâs going to come back or not. I donât know. And thatâs exciting.”

WandaVision made waves in the MCU for its unconventional story and presentation. The initial premise of the series saw Wanda and Vision seemingly trapped in sitcoms from various decades. It wasn’t until a few episodes in that fans came to understand what was happening as the series explains the trauma-response facilitated by Wanda’s chaos magic. While WandaVision’s one and only season finale doesn’t directly set up a sequel series, there were numerous dangling story threads fans hoped would lead to a second season. Rather, WandaVision sets the stage for the upcoming Doctor Strange in the Multiverse of Madness, in which Wanda Maximoff is expected to return as a villain. WandaVision star Elizabeth Olsen also confirmed in an interview last year that WandaVision will not return and was always designed to be a limited series.

However, one character from WandaVision will be returning for another outing on Disney+. Kathryn Hahn, who played Agatha Harkness in the show, will be starring in a spinoff called Agatha: House of Harnkess. The villain’s surprise reveal at the end of WandaVision went viral thanks to the song “Agatha All Along” which explained how Hahn’s sinister witch had been secretly pulling the strings the whole time. The song was even nominated for a Grammy Award for Best Song Written for Visual Media, an award that will be presented in April 2022. It’s still unknown when the spin-off will arrive on the streaming platform but Hahn shared that the series is shaping up to be “exactly what I would have hoped and dreamt [it to be].”

WandaVision is now streaming on Disney+. Doctor Strange in the Multiverse of Madness will appear in theaters on May 6.