Never mind her pedigree. Actor Elizabeth Olsen has more than earned the accolades she’s received since captivating audiences as the titular heroine in last year’s ‘Martha Marcy May Marlene.’ With four new movies on the horizon, including the romantic comedy ‘Liberal Arts,’ Nick Haramis predicts she’ll soon be, well, everywhere you look.

Bag-lady chic. It’s the first thing that comes to mind when Elizabeth Olsen enters Il Buco on a balmy afternoon in July, but not for the reasons one might expect. The 23-year-old actor and budding fashion darling, who is currently between apartments, walks into her favorite upscale Italian restaurant carrying a paper shopping bag from Pamela Rolland, which tears in half just before she sets it down next to our table. “Shit. Shit. Shit,” she whispers to herself while expeditiously gathering its quotidian goulash: a stick of deodorant, a pair of gym sneakers, an empty water bottle, the latest issue of Whole Living magazine, and used copies of Cormac McCarthy’s The Road and Carson McCullers’ The Heart Is a Lonely Hunter, both emblazoned with Oprah’s seal of approval.

A week earlier Olsen was in Serbia, where she spent two months channeling the eponymous heroine in filmmaker Charlie Stratton’s adaptation of Émile Zola’s novel-turned-play Thérèse Raquin. Yesterday she started preproduction on Very Good Girls, the story of two recent high school graduates (Olsen and Dakota Fanning) who fall for the same guy. “This has been the fastest I’ve had to shift between two projects,” she says, before ordering a glass of 1997 Burlotto Barolo from the restaurant’s hideaway wine cellar. “Actually, that’s a lie. When I filmed Martha, it overlapped with another movie I was doing at the same time.” She is, of course, referring to Sean Durkin’s award-winning Martha Marcy May Marlene, in which she played a troubled drifter who escapes from a Spahn Ranch–type farmhouse where she’d lived under the lecherous rule of a magnetic cult leader (John Hawkes). As a bruised and rough-hewn shell of a woman on the verge of a paranoia-fueled breakdown, Olsen’s nuanced performance managed to combine very adult terror with teenage petulance, and it’s the reason she’s been busy ever since. “Truth be told, I feel a little crazy right now,” she says of her frenzied work schedule. 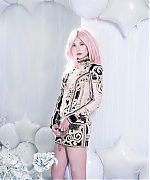 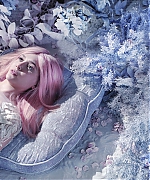 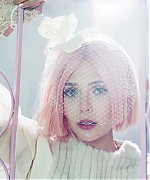 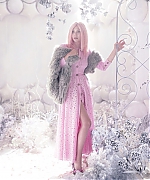 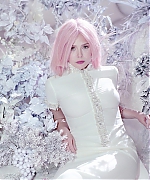